My blog has become a record of my retirement journey, an on-line diary I suppose. My last post was about difficult times but I avoided talking about the main worry (the other was a joyful part of my life leaving me when I needed their support, which now seems insignificant).
My son William had brain surgery on December 20th, a 5 hour awake craniotomy to remove a tumour and cyst that has been growing on and off since the diagnosis in February 2011. Recent growth meant that surgery was the only option and after 3 days in hospital, spent mainly asleep, he came home. This is before 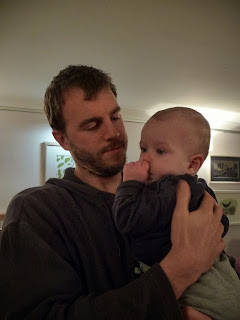 ﻿with his nephew William and this is after 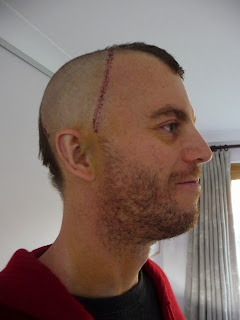 with an impressive horseshoe shaped scar all of which you can't quite see plus bruising. He is doing well but it is a massive op to go through with physical and emotional side effects. ﻿
I'm continuing this post 2 weeks later, still in shock from the news that the tumour was malignant and Will needs radiotherapy, not what was expected as it was thought to be a benign low grade tumour. So we now know where Oncology is and another part of this journey will begin.
It is now the end of January, nearly 3 years since Will's original diagnosis. On Monday he starts 6 weeks of daily radiotherapy (weekends off for good behaviour!). Luckily we have a great hospital only half an hour away. There maybe chemo later. We're taking one day at a time and remaining positive for a good outcome but suddenly we are in a new world of cancer. It's a world I've known nothing about in my family since my mother died of liver cancer in 1973. I'm over the initial shock and Will's positive attitude is catching. On Mondays he is holding meditation evenings here which is good - I take part which is helping me as are good friends and family. Amid a very different Christmas on Boxing Day I had an idea that has led to new work. When I have a good day I busy myself in my studio, the inked up lino blocks below are a clue - not ready yet for unveiling the completed work. 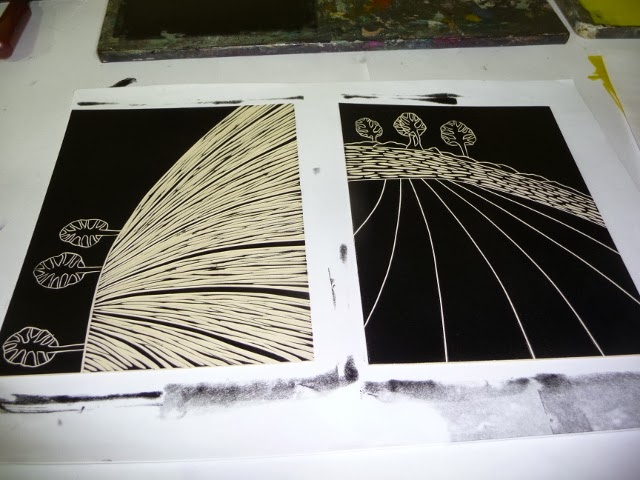 ﻿Now I feel a bit better I'm finding my art therapeutic of course and had a day's printing at the Curwen which was very emotional telling my print friends the news, which is hard to do. I'm finding the whole thing rather isolating so far, somehow everything has shifted but I'm determined to carry on my life while dealing with all the ups and downs that lie ahead.
This post was started over a month ago and writing it has helped.
As usual my family make me smile, here's little William, 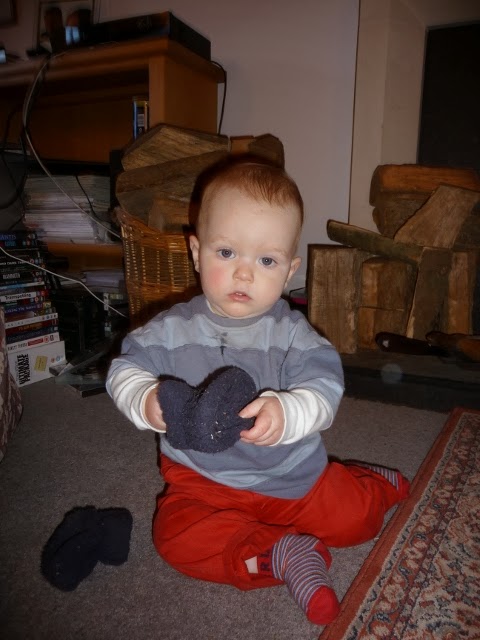 ﻿looking very serious, Barney dusting the hood of my grandfather clock; I took it off so that he could see the clock movement. 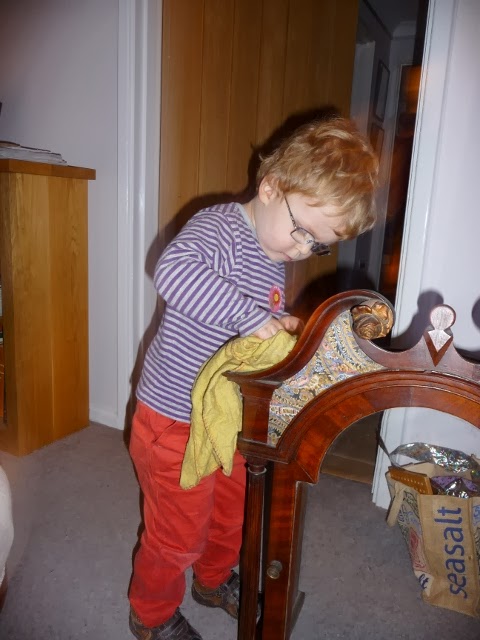 Barney and big Will sharing some delicious but chewy dried mango. 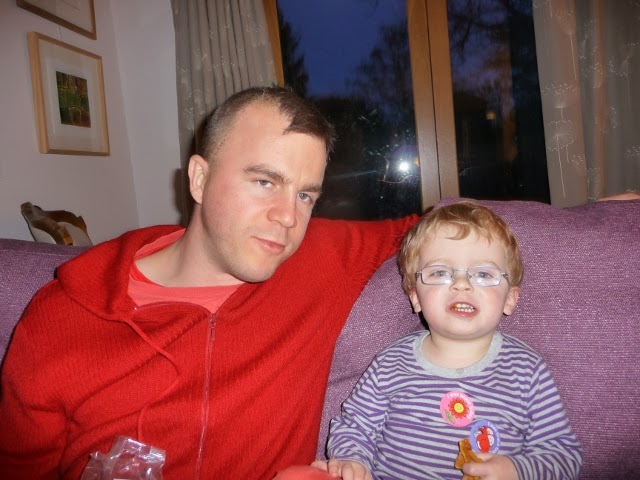 Thankyou for leaving a comment, I enjoy reading them. You don't need to have a blog to leave a comment, you can select the name/URL option and fill in just your name instead of a blog link.

Please note that all images are copyright of Anna Pye.

Anna
I live in a small village in South Cambs and have 2 grown up children; my daughter, son in law and 2 grandsons live near me and my son travels between here and Melbourne, Oz. Following 2 terms learning more about printmaking in 2011 I continue to print with my group, Inkline and at home. I hold lino cutting classes in my studio. My passions are my family, lino and screen printing, textiles, landscapes, the countryside and wildlife. I'm also fond of my cat, Pepper aka Tibbles aka Mr. Tibbs.